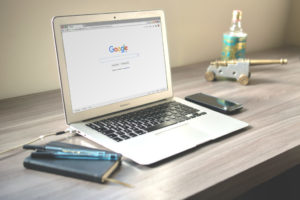 Adblocking software and extensions have rapidly expanded in popularity in recent years. Estimates for last year hit around half a billion devices using adblocking features. Third-party extensions for popular browsers have led the charge in users daily search for content on the web. Google, however, sees an alternative path for bettering the advertising experience on the internet. One that filters intrusive advertisements from sites opened with the Chrome browser. This new system has launched inside of Chrome already, on Feb 15th.

Since the bulk of Google’s business model is based on advertising through Google search and display platforms, the increase in Adblocking usage has caught the eye of Google. The search giant sees an opportunity to keep users from interacting with ads that are intrusive and annoying to its users. This new change to Chrome brings control back into the hands of Google, supposedly enabling them to better their user’s online search experience.

The effort starts with the Coalition for Better Ads, of which Google is a member, and the organization’s standards for what style of internet ads are appropriate or not for consumers. The organization has wide-spread support with large corporations in both the advertising and technology industries. While the details of the standards can be found in the link above, the basics are fairly simple across both desktop and mobile. The following are some advertising examples that are deemed intrusive and will be blocked by Chrome under the new standards.

How Will This Affect Web Pages?

It has come up recently that the Coalition For Better Ads’ list of standards is based on research that was originally conducted by Google itself. This has naturally raised questions that Chrome, which as of last year accounted for over half of the world’s internet browser market, will favor itself when it comes to third-party advertisers content. While the concern stands for some the majority of public opinion online seems positive towards the move by Google. The browser on both mobile and desktop should display inside a small popup near the top-right or bottom of the screen with a message saying that ads on the site were blocked. This transparency-focused feature will give users the ability to unblock ads that Chrome deems intrusive.

This new update to Chrome seems to block any type of ad format that covers or detracts from website content. While this approach seems radical to websites that will lose advertising traffic immediately, Google claims website owners will be warned if their site breaks the new standards. The sites in question will then be given up to thirty days to change the flagged ads before Chrome will start its ad-blocking.

Interested in learning more about how your business can improve upon its online advertising and digital marketing practices? Drop us a line at https://dvs.com/contact/!