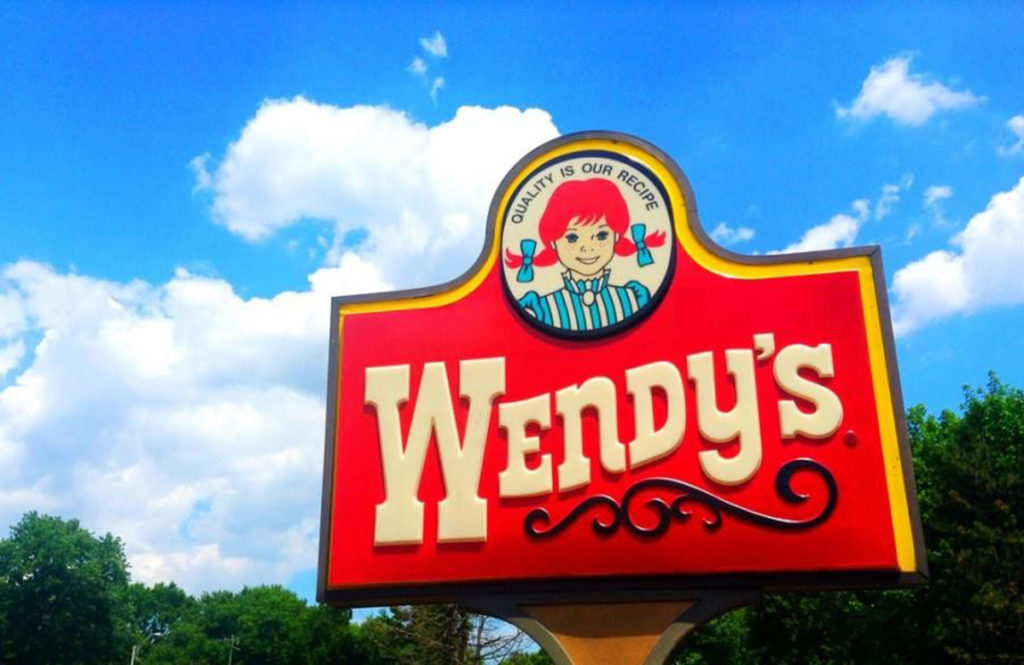 It’s 2018, and social media is prevalent in almost every aspect of our lives. These platforms are used by the masses to take in everything from pop culture to major political announcements.

According to the Pew Research Center 2017, 69% of the public uses some form of social media, which is up from 5% only twelve years ago. With so many eyes pointed at screens all day, advertisers have obviously taken advantage of social media to promote their brands. However, the fast-paced culture of the internet has shown that traditional promotions can get lost in a sea of tweets and posts. Some brands have adapted, especially in the fast food industry. 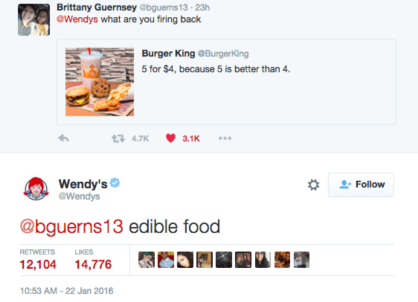 Brands like Wendy’s have become famous for their clap back to unruly customers and other fast food brands. Wendy’s Twitter account will regularly respond to fan’s tweets that mention them and other brands. The virality and content of their posts have helped to skyrocket their following and audience that they can continue to advertise to.

When looking into Wendy’s history with Twitter, it’s impossible not to mention the #NuggsForCarter campaign. When Twitter user Carter Wilkerson Tweeted out at Wendy’s asking how many retweets he needed to win free nuggets for a year, they didn’t waste time in setting a lofty goal of 18 million. Now, this was six times as many retweets as the current most retweeted tweet of all time. 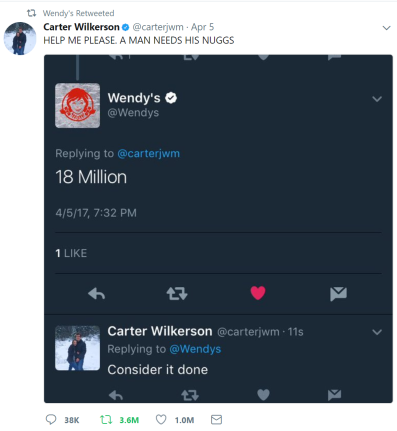 However, with the power of millions of users, nugget lovers and other curious users, they broke the record, getting 3.6 million retweets.

Throughout the campaign, Wendy’s and Carter sold t-shirts and other merch to raise money for charity. This type of natural exposure was priceless for Wendy’s brand. Not many brands can claim to go down in social media history.

Another factor that companies need to keep in mind while using social media is the fast pace of these platforms move. A viral post can bring attention to a brand, but its exposure can crumble if it can’t continue to stay relevant.

Wendy’s doesn’t seem to have this problem. A quick trip to the front of their twitter page shows an example of a classic Wendy’s move. When a fan of Wingstop, another popular fast food chain, posted a picture of a Wingstop next to a GameStop, Wingstop took notice. They tweeted out a short rap inspired by a popular Migos song, which a Twitter user quickly tagged Wendy’s to include the two brands together. Wendy’s response was snappy and sparked a unique Twitter experience. 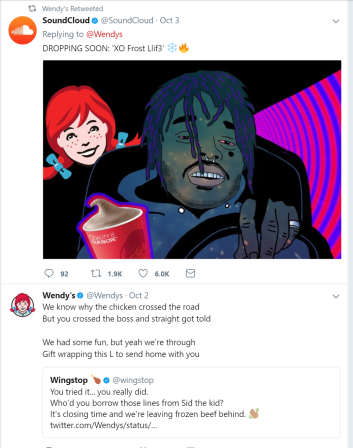 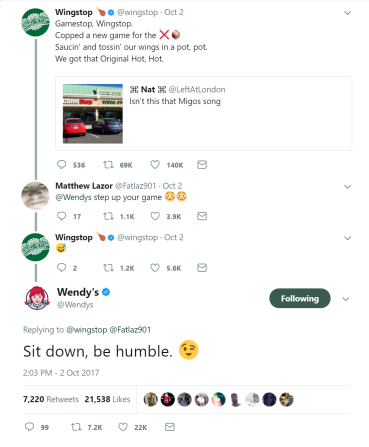 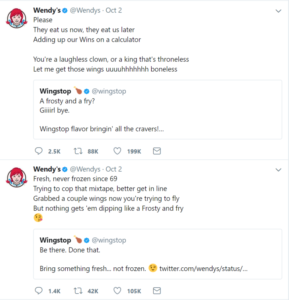 The two social savvy brands quickly entered into their own Twitter rap battle. By the end of the battle, popular music streaming platforms joined into the fun. By using social media to mix the different brands and fan bases, it increased their overall audience.

Bring Value to Your Brand

As time moves on, social platforms will continue to shift and conform to the needs of people. Slowly, but surely, brands have been able to work with these various social sites and have created an experience like none other to interact with their fans. While the usage of social media may not be an exact formula, it is an invaluable medium to connect and grow their audience base.

Below are a few more examples to view how brands have used pop culture, holidays, and nostalgic feelings to create brand value. 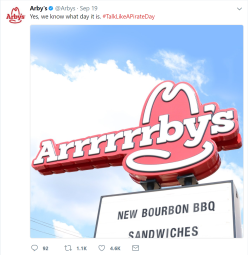 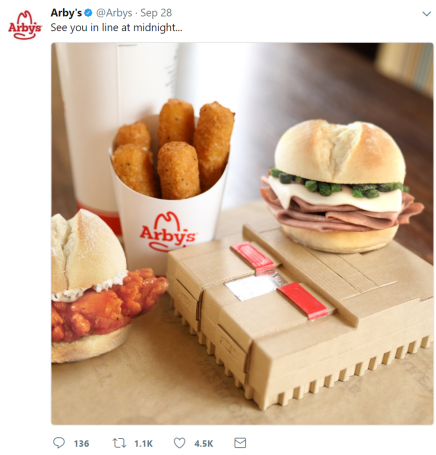