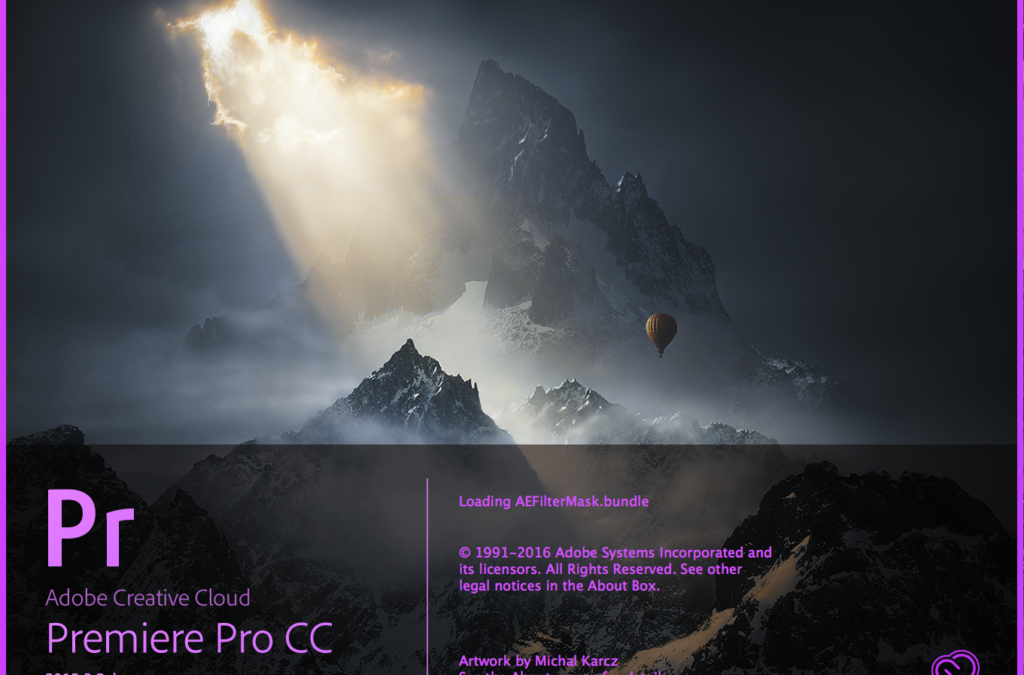 Adobe recently updated its Creative Suite software, including new updates for Premiere Pro, Media Encoder, and After Effects. One of the features I was most eager to look into was the addition of 360VR workflow within Premiere itself. So, I downloaded the latest update and went to work.

The first thing I looked for was to see if Premiere could handle the stitching of separate videos to one 360 capable video. This is something that it can’t do yet, which is fine. That’s a fairly significant process and I would expect it to take longer to implement, should they decide to do so. Instead, I grabbed a small sample video we made that was already stitched together to make an Equirectangular video for 360 and loaded it into Premiere. I dropped it onto the timeline and looked around. 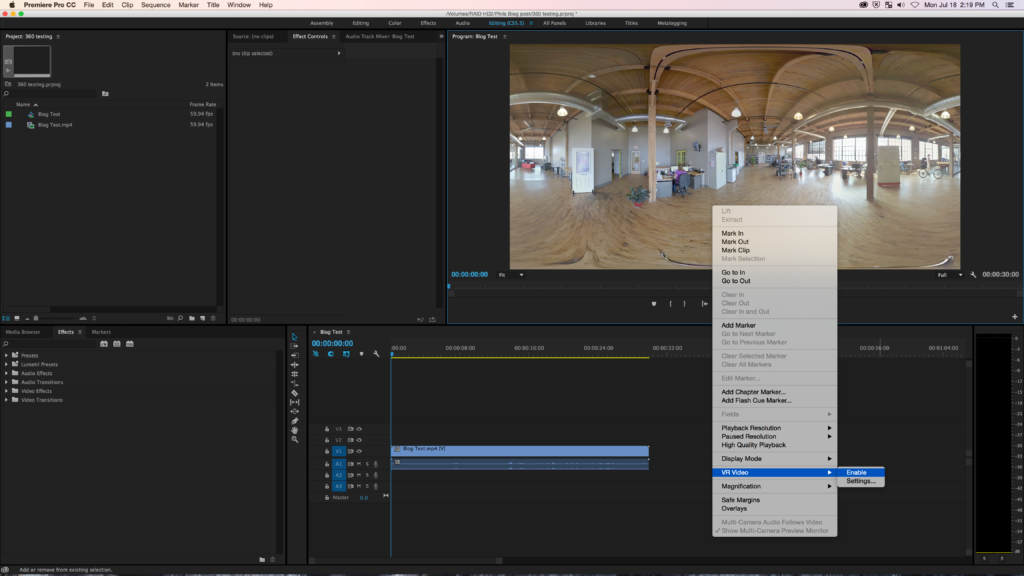 In the Program monitor, you can right-click and go to “VR options” to “Enable” it. All of a sudden, the viewer is showing me the video as you would see it on Facebook or YouTube, complete with the ability to drag and rotate the view. 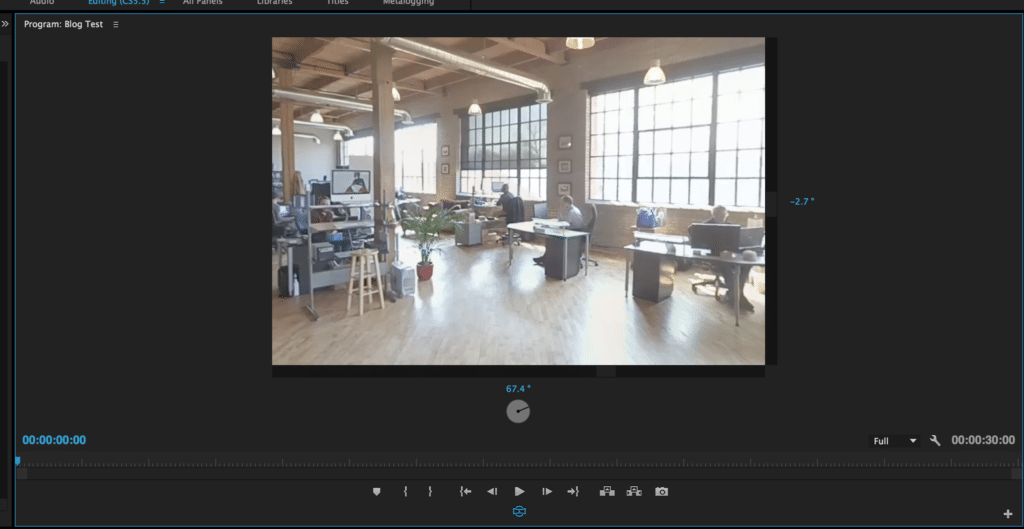 Plus, you can play back the timeline and rotate the video around in real time! That’s great!

In the export settings for h264 video, there is now an option way down in the Video tab for “Is 360VR” to add the needed metadata for YouTube or Facebook to recognize the video and be able to properly play it back as a 360VR video. That’s also great! 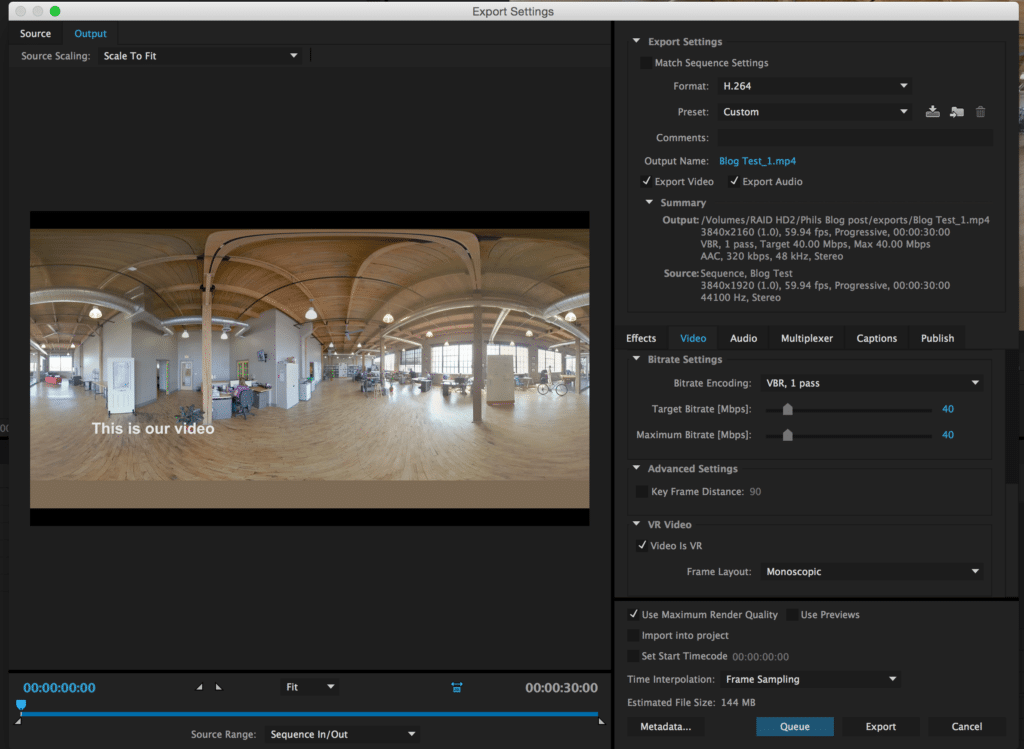 I guess it does make editing in simple graphics easier for 360 video. You can add in some text to a scene and see how it looks for placement in the 360VR video, but it doesn’t give you any additional controls over what standard Premiere does. 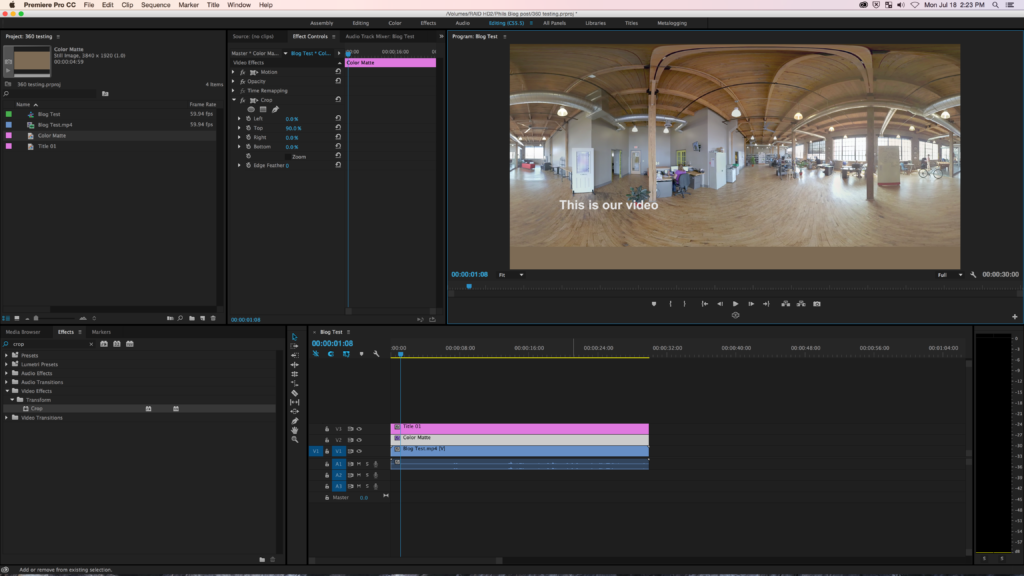 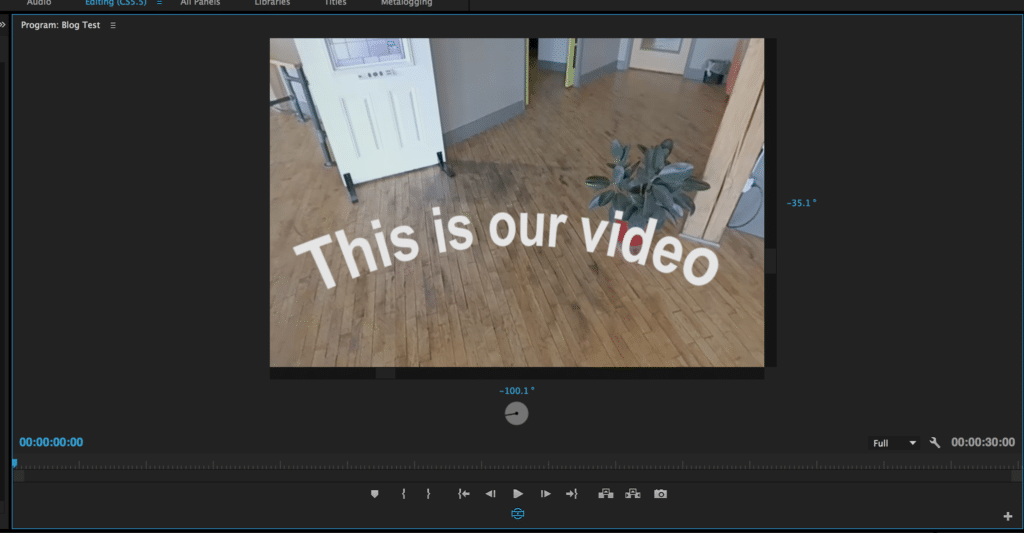 I do like that there is now a way to monitor a video in 360VR without having to work with a program that doesn’t work correctly or upload the video to YouTube to check it. That is a very handy feature to have. However, there really isn’t much of a real “workflow” here for 360 video. It is a monitoring feature and a tag for metadata. That’s it.

While it certainly makes it easy to monitor 360VR video, it doesn’t really give you any additional controls over it. It does remove the step in the process that if you want to see what the video looks like in 360, you need to have an app or upload it to YouTube, but I would really like to see at least the ability to re-align the image to create a new start point for the video. Maybe that will be a feature added in the future? One can only hope.